The annual Zombie Pub Crawl is getting ready to unleash its terror on the Warehouse district of Minneapolis next weekend. The crawl, a collection of Zombie-wannabes and Halloween fanatics, was started in 2005 when 150 people went to six bars, all dresses as the living dead. Since that night of unrest, the Minneapolis Zombie Pub Crawl has attracted more monsters than ever before. This year, the event is expected to draw more than 25 thousand zombies. 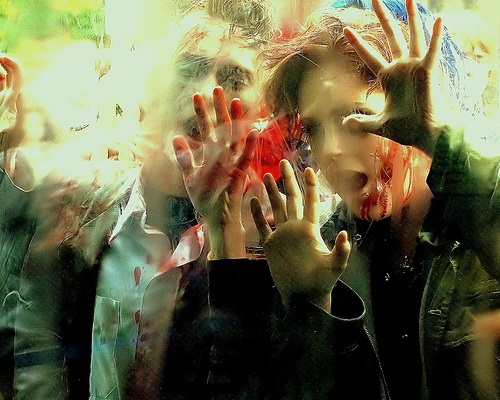 Chanting the word “brains” and throwing cake, the group of zombies will have more than just beer on the mind this October. In its 10th year, the Zombie Pub Crawl will feature resistance pro wrestling; the famed hot-dog eating champion Kobayashi vs. Joey Chestnut in a brain taco eating contest; and live music. In fact, rumor has it that some big names in the industry (the music industry, not the Zombie one) are planning to make an appearance – Steve Aoki, Juicy J, Sugar Ray and Flavor Flav being a few of them. (The qualifying event for the Zombie Pub Crawl’s brain eating contest will be held a week earlier, on Saturday, October 4th). 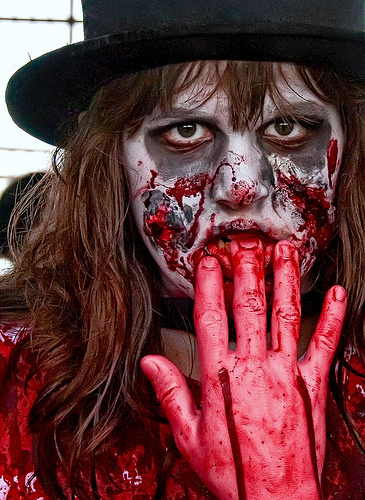 The fun doesn’t end there though at this bloody bash. The Minnesota Lottery will be playing a roll too, hosting events that will give zombies the chance to play games and win prizes.

While an official map of the Zombie Pub Crawl has yet to be posted, the bars along First Avenue North between 6th Street and 3rd Street are expecting a visit from the Zombies. The Fine Line, Brother’s (with 7:00 PM-Midnight Karaoke of the Dead), Aqua, and the Pourhouse are all scheduled stops for music and beverages. A full list of bars and scheduled bar events can be found online.

For those who want to join in on this spooky event, grab your face paint, rat your hair, rip your clothes, and buy a ticket. The Zombie Pub Crawl is planned to begin at 5:00 PM on Saturday, October 11th, and wristbands are on sale now. All participating bars on the night of the Zombie Pub Crawl will require a wristband for entrance. While some free parking will be available for the event, don’t plan on finding any; the streets and lots fill up quickly for this crawl. Your best bet is to walk, use public transit, bike, take a cab, or get dropped off nearby to avoid the traffic.

Recognized by the Guinness Book of World Records as the largest gathering of Zombies on the planet, the 2014 Zombie Pub Crawl is estimated to be bigger and better than ever. Scared of Zombies? Make sure to lock your doors this October… If you and your friends are seeking a last minute party bus for Zombie Pub Crawl this weekend contact us.